Saying Goodbye to a Friend
by Christa Hein

I’m a farmer.  That reality is alive in my every day as I put on my coveralls and sludge through the mud or snow.  Even if I’d rather sleep in or work in my pajamas – I can’t.  I’m responsible for a whole bunch of feathery and fuzzy critters.  And that involves a whole lot of me.  It means I’m a farmer even when I don’t want to be.

But sometimes I don’t feel like a farmer.  Like when a turkey dies and I want to share that sad fact with the world.  But I don’t.

Because I’m a farmer.

I’m still learning about my own farmer stereotypes.  One of those is that farmers just take death as it comes.  We’re supposed to right?  I mean I started with 8 turkeys in spring and sent 5 to their untimely deaths.  (One was the casualty of our dog who has also been learning how to be a farmer this year.)

I’m raising animals for food – death is a solid fact of that equation.  I’ve manned-up and accepted certain parts of that, reflecting and honoring as I go so that the life lessons aren’t lost on me along the way.

But last weekend I stumbled into a new experience – the death of a farm animal I had made my friend.

You may have heard about Shirley in my Thanksgiving musings.  Or maybe you saw the picture of her first egg that I posted on facebook. (I was proud like a grandma!) 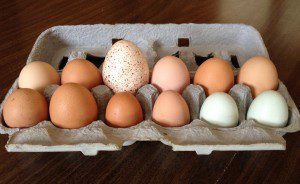 Shirley was one of the two turkeys we saved from the knife so that she could become a part of our permanent herd. She was the one I knew I was keeping from the time she was young. She greeted me each day and I celebrated with her when she started her first clutch of eggs.

When she died suddenly last weekend I wasn’t sure what to do. So I went to get my husband Chris.

Chris couldn’t do anything that I couldn’t. But I needed someone else to see her, to experience the sight of her laying there feet up. I needed to share this experience with someone.

Since I had just, a week before, posted a picture of her first egg on facebook, I expected myself to post about her death. I got close. I even wrote the post. But I couldn’t publish.

What would people say? Condolences on your dead turkey. It didn’t make sense. I didn’t want to put people there – in that awkward situation of wanting to acknowledge the post, but not sure what to say about a dead animal who is usually dinner.

At that moment, I realized that being a farmer is a lot more complex than I appreciated. There are things we aren’t expected to feel. And if we feel them, we risk making people uncomfortable.

I mean, I’m shedding no tears over the chicken that’s thawing in my refrigerator for tonight’s dinner. I won’t ask for condolences as I enjoy my chicken and rice.So why Shirley? Am I less of a farmer for feeling something for her?

I think not. As emotional and feeling beings, we’re meant to feel something. That’s why so many of us give thanks before a meal – to acknowledge the fact that we’re consuming life. 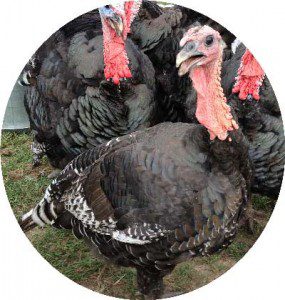 When we make the conscious decision to let an animal into our life – when it ceases to be dinner and starts to be family – something changes inside us. We allow ourselves to connect at a deeper level.

I had done that with Shirley. I’ve also connected with our chickens Miracle and Owl – but not most of the rest. As with friends, there are just some spirits that touch us more than others.

And so as I say goodbye to my friend Shirley, I realize that even though my response to her passing may not be stereotypical of a farmer, I’m guessing it’s pretty common.

There are so many of us – and we each react to death a different way. I’ve realized that by sharing my loss, I’m becoming the farmer that I’m meant to be.

One thing is for certain; this daily walk among life and death is making me a better human. And by pausing to acknowledge the passing lives, I become a better farmer.

And though I won’t mourn the chicken as I sit down at my table tonight, I’ll give thanks for the life it left behind to become my dinner. I can eat and love at the same time.