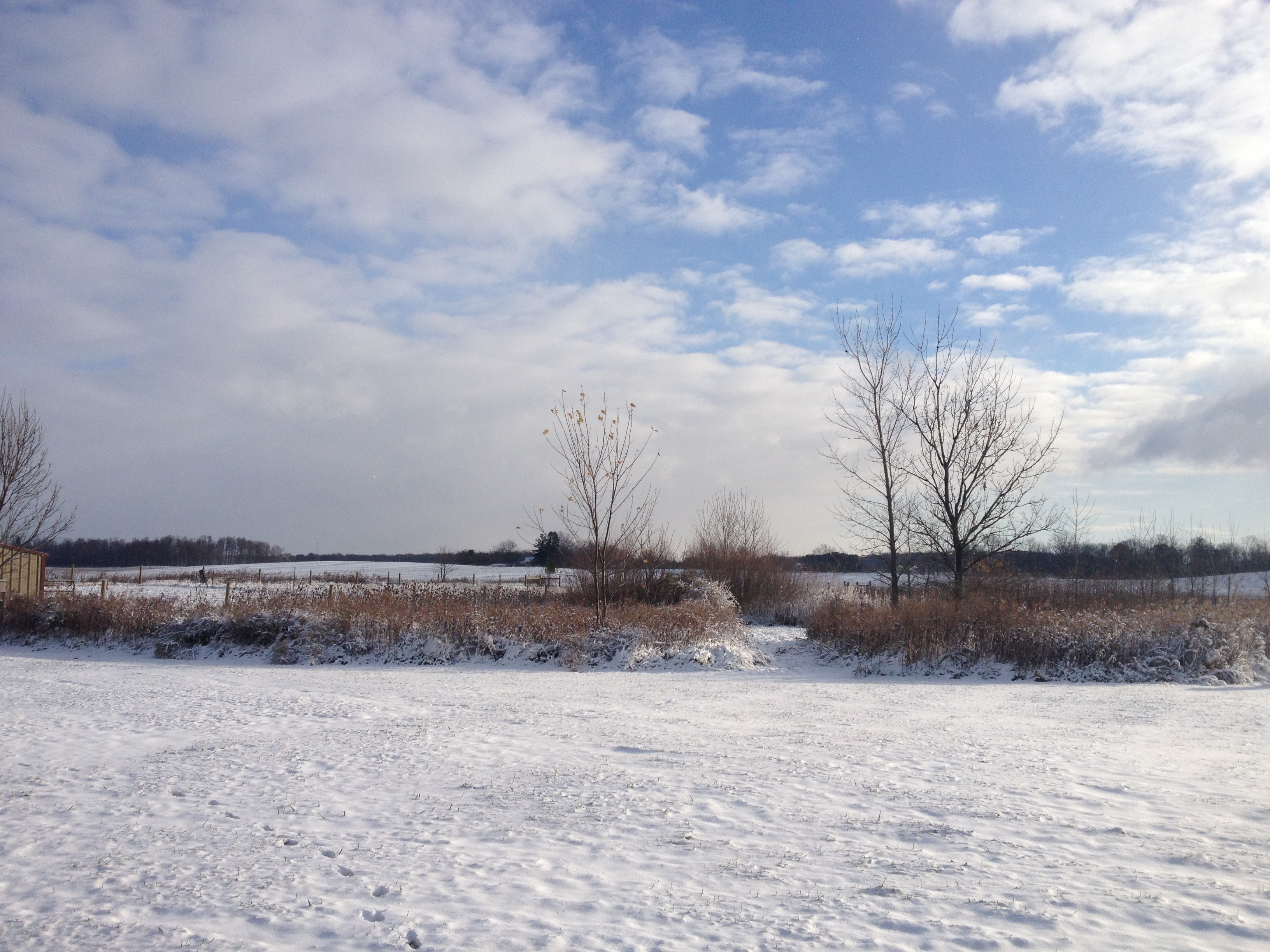 1. Don’t attempt to carry a salad across the yard from the house to your office uncovered.  The wind will pick up your lettuce leaves and carry them sailing into the air like a kite.  You will have to go back to the house and make a new salad.

2. Don’t expect the wire clasp to hold the rabbit door open for ventilation.  It will snap and you will watch the door sailing open and closed at least a dozen times before you decide to put on your parka and trek across the yard to latch it closed.

3. Don’t attempt to go outside without putting your hair into a braid first.  The loose hair will whip you in the face and dip into the stream of water as you attempt to clean out the chicken waterer.  And if you still haven’t put it into a braid, you will clip off a bit of hair as you cut greens for the rabbits and your hair blows into the scissors.

4. Don’t try hollering across the yard to your daughter.  You will both strain your voices repeating yourself 8 times yelling “I can’t hear you!”  And you will still have to walk to the house to talk to her anyways.

5. Don’t leave the greenhouse doors open.  The wind will suck up all the plastic trays you neatly put away and whirl them out of the greenhouse in a vortex, spreading them ambitiously around the yard.

6. Don’t try to hang up Halloween spider webs on your porch in an attempt to look spooky.  The leaves from your maple tree will blow into them turning them into leafy sails until they collapse into a lump on the porch.  You will still have to remove the staples that held them up even though they are no longer there.

7. Don’t expect your child’s hula hoops to remain in their place on the back porch. They will be blown in many directions across the yard, ending up in bizarre places.  If there is snow on the ground, expect to be impressed by the windblown patterns created by wildly rolling hoops.

8. Don’t expect any sympathy from city folks.  It is a beautiful day down in their part of the world.  They won’t believe that a wind gust sweeping across the fields almost blew you away as you walked to the mailbox.  And they will think you’re joking when you call your  home the windy tundra of Ohio.

9. Don’t expect your flightless ducks to remain flightless in a  wind storm.  They will put their noses to the wind and jump up repeatedly until the wind lifts them up and floats them for seconds at a time.  Expect to gasp in amazement at their playful craziness.

10.  Don’t be afraid to be crazy like a duck in the wind.  Jumping on the trampoline on a dark windy evening is breath taking and will make you realize that living on the windy tundra of Ohio is a pretty darn good place to be.